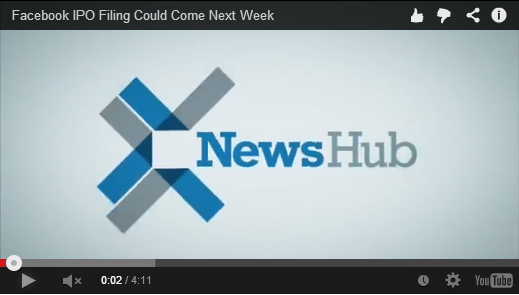 By Farhad DivechaJanuary 31, 2012No Comments

While it has been discussed for a long time that Facebook will go public, it now looks as though that is finally about to happen.

According to a report in the BBC, Facebook will file papers for the IPO with the US Securities and Exchange Commission (SEC) on Wednesday.

The company will be valued between $75 billion to $100 billion. They hope to be able to raise about $10 billion through the public offering.

If they manage to achieve this target it could be one of the largest share offerings to take place on Wall Street, making Facebook one of the largest companies in the world, by market capitalization. Google had raised $1.9 billion through their public offering in 2004.

It is being suggested that Morgan Stanley and Goldman Sachs will be involved with this public issue.

Most of Facebook’s monetization occurs through advertising and is believed to be around $5 billion. Since Facebook is a private company so far, they have not been required to publish their accounts.

Ironically, the upcoming IPO has made the executives at Facebook extremely conscious about their own privacy. Web Pro News has reported that before a recent news conference, attending journalists were initially asked to sign a non-disclosure contract. It is a different matter that the contract was eventually called off when they objected about such a contract infringing their right to free speech and code of journalism.

Facebook has not yet made an official announcement, but the indications are all there that this announcement will happen, and the possibility of such an announcement has got the press and investors very excited.

Possibly the worst kept secret in the industry at present, this IPO filing could be what the U.S. economy and stock markets need. However, a lot of analysts and investors are also worried that such an ambitious floatation could flop just like the recent IPOs from Groupon and Zynga.