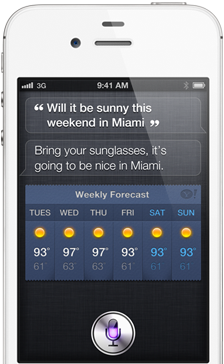 Google’s New Mobile Assistant Is On Her Way

By Farhad DivechaMarch 5, 2012No Comments

It is being widely speculated that Google is working on launching a new product that would rival Apple’s Siri, which is available on the iPhone 4S. This product is likely to be called ‘Google Assistant’.

Google Assistant will be voice-controlled, just like Siri, but is expected to be more goal oriented.

While Google has not yet made any official announcement about the product, sources at TechCrunch reveal that Google has been working on this product for a long time.

It is believed that Google will keep control of this service at all levels, unlike Siri, which refers to third-party information sources for certain user requests.

Google’s Android team is said to be working on this project. The project is currently supposed to be at the stage where they have to convert all information into a language that the computer will understand.

Sources claim that Google Assistant will be more of a “Do Engine” rather than a service that focuses on just the search. Google is expected to launch this product in the last quarter of the year.

Recent versions of Android already have a pretty strong voice-based range of services, which include voice-to-text input, voice search and basic voice activated commands such as “call”, “send text”, “navigate to”, “go to” [a website] and [show a] “map of”.

Android’s existing range of voice-activated controls don’t quite match up to the breadth of Apple’s Siri. Furthermore, if Google wishes to make the same range of controls available on interfaces other than mobile, such as tablet and TV, it would need to drastically increase the range of commands it can accept. This is especially important if rumours of an imminent Apple TV launch are true.