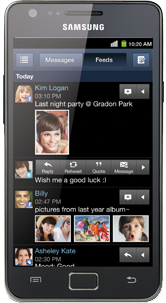 Mobile Internet Use In U.K. Approaches 50%

By Farhad DivechaSeptember 2, 2011No Comments

According to a survey conducted by the Office for National Statistics (ONS), the number of people using mobile internet connections in the U.K. has doubled in the last two years.

Expectedly, the highest rate of growth was seen in the 16-24 year olds age group. In 2009 33% of users in this age group were using the mobile internet, while 71% do so now. In contrast only about 8% of those above 65 years of age use mobile internet connections.

It was also revealed that the use of wifi hotspots in places such as restaurants malls etc. has gone up dramatically. There are over 3 million such hotspots in the country now.

About 4.9 million people or 13% now use this facility. This is a seven fold increase compared to 2007, and the figure has also doubled since last year. The figure of connects through this means is expected to reach 120 billion by 2015.

These findings suggest that in spite of the growing popularity of 3G services, free and paid-for wireless services continue to remain popular.