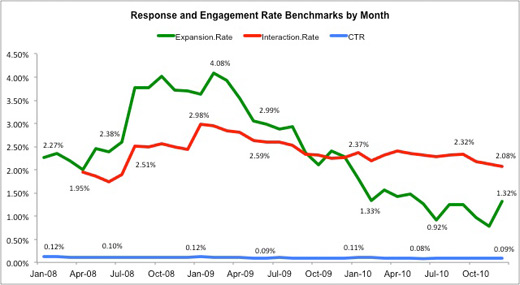 Use Of Rich Media Ads Doubles

By Farhad DivechaAugust 22, 2011No Comments

The latest display benchmarks released by Google cover a variety of properties ranging from click through rate to engagement metrics such as interaction and expansion rate and average interaction time across a range of ad sizes, creative types and industry verticals.

One of the interesting details provided by these metrics is that the use of rich media ad formats has doubled. Simple flash ads accounted for 54% of all global formats through the DoubleClick for Advertisers platform. This same metric accounted for 74% in 2009.