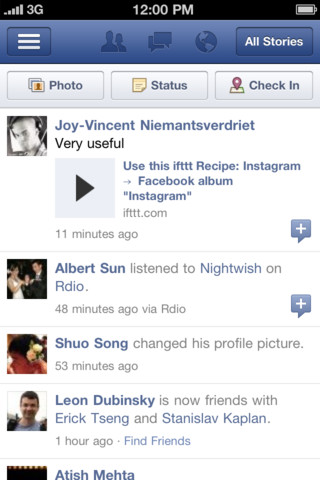 By Farhad DivechaFebruary 8, 2012No Comments

One of the potential risks Facebook cited in their IPO filing was the adoption of mobile. While everybody is extremely eager to know how the Facebook IPO will fare, Facebook is already preparing to please its future shareholders, by eliminating this risk and starting to test a mobile ad service in the near future.

This has naturally made them want to start monetising this medium – by introducing Facebook Mobile ads. It is believed that they may introduce this feature next month itself, so that it would be functional before they go public, which is expected to happen in May.

It is actually quite surprising that Facebook has not already started to monetise mobile. It is very likely that future investors would question the reasoning behind this failure to make use of the opportunity to monetise what is one of the most popular apps.

Generating good mobile ads is a rather tricky task, compared to advertising on desktop computers, as the screen space available is much less. Also, users are likely to be interested only in relevant ads when they are on the go. Ads would need to be short and catchy. The use of graphics would also be tricky as image sizes are likely to be smaller in mobile ads.

Businesses are likely to jump at the opportunity to grow their mobile user base and make use of sponsored stories to get more brand recognition and potential business via trusted referrals. Similarly, localised ads on mobile could see tremendous uptake by local businesses such as restaurants, hotels and stores.

The biggest challenge for Facebook, though, will be to lure more users to their mobile site and apps via better location features and to keep these users happy without getting them upset about too much advertising in such an intimate medium – especially in the wake of the IPO announcement that has made so many acutely aware of Facebook’s billions.