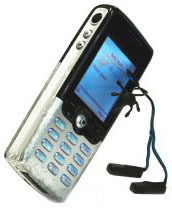 The increased availability of smart phones and app stores has led to the increased use of the mobile as a source of entertainment. The mobile entertainment market, which generated revenues of $33 billion last year, is expected to generate $54 billion by 2015 according to a report from Juniper Research.

This estimated growth is based on the expectation that smart phone usage will continue to increase along with the availability of new apps.

Big brands have started allocating large amounts of money to advertising through mobiles. Consumer brands such as Coca-Cola have long recognised the potential of this medium. Other brands, especially those that rely on business via a local presence, such as hotels, stores and even smaller restaurants have now started investing heavily in the medium. An increasing amount of this investment is now being diverted to mobile entertainment, in addition to mobile apps and location-based advertising.

Over the last few years, the size as well as type of content available for mobile entertainment has changed, thus providing more opportunities for monetisation. Analysts at Juniper predict that music will continue to be the largest source of revenue generation in the mobile entertainment market, and the fastest growing sector will be gambling.

Geographically, not much is changing, as the Far East and China, followed by Western Europe, are predicted to be the largest markets for revenue generation.