By Farhad DivechaJanuary 27, 2015No Comments

Hot on the heels of news that the far Left won the election in Greece, on the back of an anti-austerity platform, BBC Newsnight ran a report that explored a supposed growth of interest in Marxism in the United Kingdom. However, our own research indicates that a surge in Marxist theory and socialism isn’t really happening. 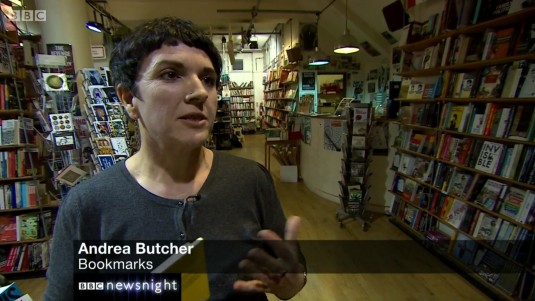 Socialism seems to be growing in popularity in countries that were worst hit by the Eurozone Crisis and were forced to take on austerity measures as dictated by Germany’s Angela Merkel. The BBC investigated whether such a movement was also underway in the UK. A reporter from ‘the Beeb’ even interviewed a socialist bookshop in London, and found that the shop had seen a large surge in sales.

However, Google Trends show that searches for Karl Marx, socialism and related proponents and their theories have not changed significantly over the past two years. The only change in behaviour that can be noted coincides with university and college holidays! In fact, the overall trend in the past 10 years has been largely downward.

The political upheaval in Greece has been a pressing issue now for quite some time and it doesn’t seem to be getting better. Fed up Greek citizens have delivered a defiant rebuke to years of tax increases and spending cuts by voting in favour of radical left party, Syriza.

It seems that Greek people are fed up with the years of austerity and have decided to put an end to it. Perhaps it’s countries such as Greece, Spain and Ireland that would be most interested in Marxist theories as they are not as financially stable as other countries and have nothing to loose.

Yet, strangely enough, even in Ireland, searches for socialism and Marxism don’t seem to have gone up at all, which makes one wonder, if the people aren’t searching for it on Google, are they really that interested in such radical political thinking?

Or is the the public really just interested in easing the burden of debt and not really thinking about the same things that the politicians and media seem to want them to?