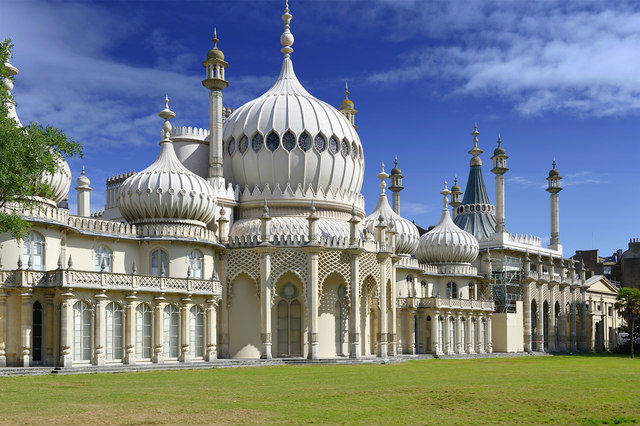 By Gary StringerSeptember 20, 2012No Comments

Last Friday I was lucky enough to spend the day at the seaside for the BrightonSEO event, which consisted of a series of useful and informative talks from a number of figures within the industry. Due to a change in the order of speakers, the first talk of the day that I heard was “Speaking your user’s language” by Stephanie Troeth. This raised some key issues about shaping the user experience and communicating with your audiences and Stephanie stated that your brand is vital to this, as it enables you to personalise messages. This is important in making your target audience think emotionally, as opposed to rationally, which can be achieved with minimal text and greater use of imagery and visual stimuli. Stephanie also discussed the importance of listening to your consumers and highlighted that understanding why they act is just as important as the actions that they take.

Following this, Martin Belam gave a talk on “How to make friends and influence robots” and he largely drew on his experience working for the BBC and the Guardian in order to convey his messages. The key point that he made was that your site needs to be easy to navigate for both robots and human users, offering the unconventional advice of letting your users design the layout of your website. He also discussed several issues concerning content and mentioned that only useful information should be used on the site, if it’s not going to enhance the user experience then it should not be used.

Rebecca Weeks then gave a speech on “chasing the algorithm”, in which she used a previous experience with a client as a case study and discussed the task that she had been set, of improving the positions of 52 keywords within 7 months. She made the excellent point that she didn’t have time to carry out best practice SEO, so she didn’t and you should do the same if you are in a similar position. This meant using a vast quantity of links over quality links, however the Google Panda updates rendered this useless and they were forced to alter their approach. Similarly when the Penguin update occurred it meant that those with poor site quality were penalised and therefore they had to make changes to their strategy once again. Despite the fact that they maintained the original positions of 13 keywords, hit the target for 23 and improved on the projected position for 7, they decided to stop working with this client and Rebecca stated that this was due to the fact that without quality content, you can only ever close the gap on your competitors.

Following this was a talk titled “API! WTF?” created by Tom Anthony, who couldn’t make the event and his work was presented by a colleague, which discussed how Application Programming Interfaces (API’s) consist of a computer talking to another computer to give you the answers you need. He used Siri as an example and spoke of how applications like this may eventually replace the need for actual websites, which is an interesting theory and we were given ample time to consider it as lunch directly followed this talk. 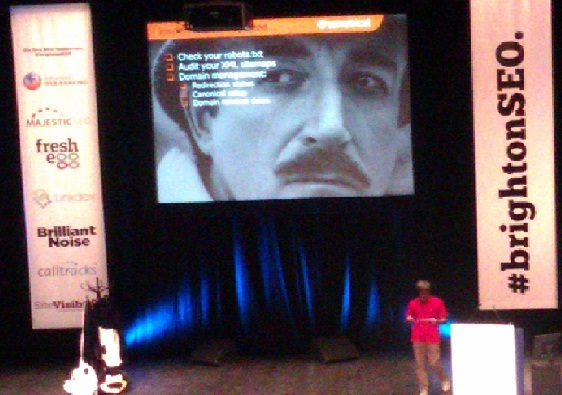 The afternoon’s session began with a talk from Tony King on SEO deliverance, with a key message of do your homework and make sure you know all your stats, competitors, goals, site and audience. Following this was perhaps the most interesting talk of the day, despite the fact that it probably had the least relevance to SEO, as Lynne Murphy, a linguist from the University of Sussex, delivered her views on language. She discussed our obsession with, and misconceptions of, how the Americans use the English language, highlighting the need for research and to ensure that we don’t presume that our way is the right way. Jame Little of Top Cashback then provided a humorous view of his 10 years in affiliate marketing, however he openly admitted that his talk would have little educational value and he was right.

Simon Penson of Zazzle Media then gave some interesting advice on delivering your content and stated that your content strategy should have peaks and dips, with peaks being your attention grabbing ideas and dips being more mundane posts. Following this were Aleyda Solis’ 7 things you should know about mobile SEO, which included how your site performs on mobile devices, your audiences behaviour on mobile and creating localised offers on mobile. Yousef Sekander then spoke about the importance of analysing the activity of your competitors and learning from their success and mistakes, before Berion Reed delivered a talk with a similar message.

Sion O’connor then gave some insight into what clients expect of SEO agencies, before Danielle Fudge delivered her views on the importance of Pinterest in getting quality links and shares. In conclusion, the conference offered a range of opinions on many areas of SEO and they were all delivered by industry professionals, which meant that there was much to be learnt and drawing of their own experiences certainly made the discussions more entertaining.

Hit by Penguin 3.0? How to Check if Your Website’s Been Affected by Google’s New Algorithm Update