Facebook has just announced the launch of a new feature called Messages, which will allow users to email other users as well as people outside the Facebook network. 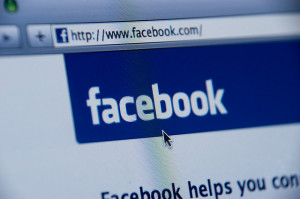 This new feature, will allow Facebook users to correspond with their friends through any of the various channels such as email, chat, SMS and instant messaging that is convenient to the user. The recipients of these messages, on the other hand, will be able to receive their messages through any of the channels that they finds convenient.

Joel Seligstein, the Facebook engineer who announced the launch on the company’s blog, says he is “relieved he no longer needs to keep track of which friends like texts vs. email vs. chat.”

Facebook will provide an @facebook.com email address to all those who want it. People will then be able to email others, irrespective of whether or not they are on Facebook.

Messages lies somewhere between email and chat, in terms of functionality. Users can communicate simply by selecting the name of the person they wishes to converse with, without having to remember telephone numbers or unintuitive email addresses.

Users will be able to adjust their settings, so that they only receive emails from people they want to. Other emails will bounce. Users will thus be able to control their correspondence and won’t have to be bothered by messages from unwanted sources.

Messages sent by friends will be organised in one folder, while other messages such as bills and bank statements will be clubbed together in an ‘Other’ folder. This feature will also organise all messages between two people together in one place, thus providing a record of all the conversations they have had with each other.

While this feature will compete with other email sites such as Gmail, Yahoo! and Hotmail, Facebook founder Mark Zuckerberg clarified that it is certainly not intended to be an “email killer”.

Like all new features this one too, has its pros and cons.

It allows users an ot-in feature to turn on or off their emails and SMS accounts. It is also user friendly and the registration procedure is quite simple. The service also provides an intimation in the inbox if the chat feature is closed.

However, the collection of all the messages between two persons may just end up creating more clutter. The feature is still at a very preliminary stage and if it is anything like Facebook chat, it is likely to require a lot of debugging before users abandon their email accounts to solely use Facebook messages.