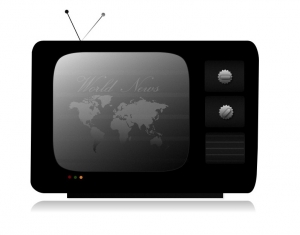 By Farhad DivechaJanuary 10, 2012No Comments

A report produced by Nielsen Wire, on the usage of different forms of electronic media, has found that almost one-third of homes in the U.S. own four or more television sets. The report also claims that TV continues to be the most popular form of electronic media across the country in spite of the rapid growth of online media consumption.

While 290 million individual Americans (or 114.7 million American homes) own a television set. In contrast, the number of people online in the USA is only 211 million, the number of users above 13 years of age accessing the mobile Web is 116 million.

Interestingly, the number of individuals working on a laptop or desktop computer is about 192 million, while the number of consumers with a mobile phone is 232 million. Through these stats, one could infer that almost 20 million users access the Internet exclusively via a mobile device and the scope of growth for mobile Internet access far exceeds that for the wired Internet.

57% of mobile users have feature phones while 43% have smart phones. This means that only 43% of the current US mobile user base is able to substitute mobile TV for traditional viewing. Android remains the most popular smartphone operating system with 43% of the market share followed by the iPhone with 28% and RIM Blackberry having 18%.

Among mobile video users, YouTube is the most popular channel followed by FOX and ABC. The Facebook and Twitter apps are more common among women, while Google+ is more popular among men for some reason.

On a worldwide scale, it was found that while devices such as HD TV, 3D TV, Internet-connected TV, smartphones and tablets are already quite popular, a substantial number of other consumers are still at the stage of planning to get these devices in the near future. So, the market for different forms of electronic devices continues to be very exciting, and can be expected to grow still further.