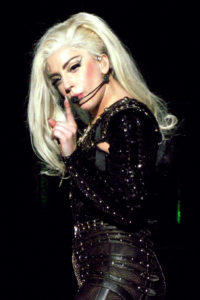 Lady Gaga has more fans than the U.S. President on twitter too.Gaga’s 4.9 million Twitter followers make her the 3rd most popular Twitter user, compared to Obama’s 4.5 million, which rank him 5th, after Ellen DeGeneres.

While Lady Gaga is the first living person to have achieved this record on Facebook, she is at the sixth position in the general category, after, Texas Hold’em Poker, Michael Jackson, Mafia Wars, Facebook and the U.S.  television show Family Guy.

Of these, Texas Hold’em Poker has the largest fan following by far, with over 20 million fans on Facebook. Lady Gaga has a long way to go, if she wants to be at the top of the list.