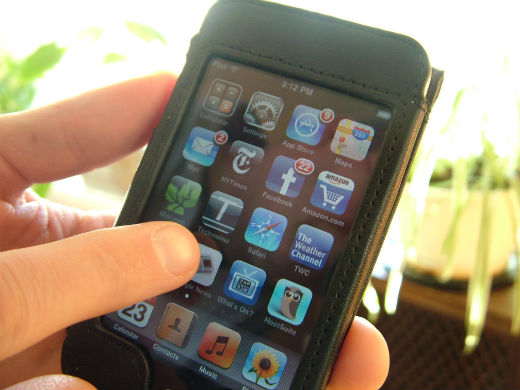 Is Your Mobile Campaign Plagued by Fraudulent Clicks?

By Gary StringerSeptember 7, 2012No Comments

On the surface it may appear that your mobile advertising campaign is achieving a degree of success, with a high number of clicks for your ads. However many mobile marketers will be surprised to find that a staggering 40% of all mobile clicks are accidental or fraudulent, with this percentage of clicks being completely useless and having a minute 0.1% conversion rate.
Of these worthless clicks, 22% are likely to be accidental and the remaining 18% caused by click fraud. This data comes from a recent report by Trademob, who undertook a study of 6 million mobile ad clicks across 10 mobile networks and the document highlights the key issues facing mobile marketers.

Considering this data and the fact that PPC is the most popular form of mobile advertising, marketers must pay great attention to their clicks and try to identify those coming from credible sources, as well as deceitful data. There are a number of ways to identify worthless clicks and these can also help safeguard your mobile campaigns from accidental and fraudulent clicks. Firstly it is important to recognise where fraudulent clicks emanate from and of the 18% identified by Trademob, the 8% comes from server side fraud and the other 10% originates from sophisticated, client side fraud.

Accidental clicks are largely caused by 3 factors, slips of the finger caused by small screen size, confusing banner ads and poor placement of ads. Therefore you should review all of your mobile ads to ensure that they are specifically tailored to mobile devices and provide accurate, easy to interpret information to minimise accidental clicks. Similarly, if you are suffering from low conversion rates and believe that you may be a victim of accidental clicks, you should consider managing the placement of your ads manually, increasing your control over ad placement. You should also try to identify the sources of worthless clicks and remove/block these publishers, however this does involve the analysis of pre and post click information.

Click fraud is often caused by shady publishers, who find loopholes in policies and exploit them to arrange fake clicks on mobile PPC ads. This  means that mobile marketers are charged for ineffective ads, with lower conversion and ultimately considerably lower revenue. This is a serious problem, especially when you consider the growing investment in mobile advertising and the global spend of $5.3 billion by businesses in 2011. The key way to determine when server side fraud, or plain fraud, is occurring is to study the origin of clicks, as fraudulent clicks will be coming from similar IP addresses’ and will therefore leave the same ‘fingerprint’. Sophisticated fraud is more difficult to identify and prevent, as publishers distribute clicks between IP addresses and lower the chances of the same fingerprints appearing. However using ad verification platforms will reveal click-peaks at unexpected times, which is an indication of sophisticated fraud.

However there is one tell-tale sign of sophisticated fraud and this is certainly something you should study, in order to identify to source of worthless clicks. Shady publishers cannot determine the campaign settings for your mobile efforts and, as a result, they drive clicks from outside your target areas. For example you may have targeted your campaign by a geographic area, however fraudulent clicks are likely to be driven from outside this region. There is a similar issue with the devices you are targeting, as you may be advertising to iPhone users and shady publishers may be sending traffic from android devices.