London, UK, 11 September 2011 – Children of any age with access to YouTube can instantly view alcohol-related content and on average, 6% of the views of adult-orientated content are by 13 to 17 year olds according to statistics released by a leading social media company.

According to London-based digital agency, www.AccuraCast.com, this means that if a beer or spirits commercial has had 10 million views on YouTube, on average, 600,000 children under the age of 17 will have seen it.

Not only is access to content simple but as YouTube is worldwide and largely unrestricted, underage children are also able to watch alcohol promotions that link booze to sports and music celebrities and even banned advertisements that promote alcohol as ‘cool’

Farhad Divecha, MD of AccuraCast says that ‘Our research shows that YouTube has lost control of its alcohol related content and that YouTube alcohol uploads currently break every social taboo and regulation in the book.”

The statistics follow on from a report called “New Media, New Problem?” earlier this month from the charity, Alcohol Concern, who asked for greater controls on alcohol and tobacco content in social media networks.

Most large alcohol brands already have their own channels on YouTube including Bacardi, Smirnoff and Johnnie Walker. Thousands of alcohol-related videos are available to view online without any restrictions.

The lastest Malibu Rum advertisement ‘Maliboom Boom Dance’ has already been viewed over 60,000 times. The most popular viewer demographic is females aged 13 to 17 years old.

Research by AccuraCast shows that the same is true for a single video with 250,000 viewers on the immensely popular Desperados channel (over 2 million channel views) with young females once again topping the list of viewers.

“The watershed that TV imposes on advertising is meaningless on YouTube and the few controls that are in place are simple to bypass,” according to Divecha. “Alcohol brand channels impose age verification boxes but they’re far too easy to fake
and if users go to a video directly instead of going to the channel, there’s no age verification process at all.”

YouTube (now in its 6th year of operation) serves over a billion videos per day and has been criticised in the past for not regulating inappropriate videos as quickly as it might.

“Part of the success story that is YouTube has been its immediacy and the fact that almost anything goes,” adds Divecha, “the flip side is that anyone can easily upload
alcohol ads to their own YouTube accounts and then provide access to absolutely everyone.”

For drinks manufacturers and their distributors, YouTube offers free global advertising something that is particularly attractive at a time when advertising budgets are being stretched to their limit.

“Drinks companies can spend a fortune getting 5 million views via traditional media while YouTube can deliver 20 million views for nothing,” adds Divecha. “Banned commercials, which broadcasters or government thought not good enough to air on TV often make their way to YouTube, go viral, and get millions of views.

“Brand owners could be more responsible but it’s not something to rely on – let’s face it they have profit to make and are answerable to shareholders,” Divecha continues, “if You Tube continues largely unregulated then alcohol content will increase on a daily basis.”

Not all social networks work in the same way as YouTube and many, like Facebook offer a water-tight method for alcohol brands to be able to deliver content and advertising to the right audience.

London, UK, 11 September 2011 – “Brands also need to pick and choose the right social networks to work with,” according to Divecha, “a truly responsible brand would not use loose age verification methods as an easy way (almost a loophole) to easily access a wide audience, which could include minors.”

“Ultimately, it’s up to parents to regulate what their kids are watching and if they must use social media to point them towards safer networks. YouTube is like the Wild West at the moment where almost anything goes and while this continues alcohol content is inevitable. The only way for parents to make sure that their kids don’t assess this material is to police their social media activity themselves.”

AccuraCast’s services have been used by a wide range of clients from large enterprises and popular brands to small and medium companies. AccuraCast has an extremely successful track record with all clients obtaining top search engine listings, increased traffic and improved sales. Their clients include Hargreaves Lansdown, Lloyd’s MIU, Golden Palace Casinos and EC. 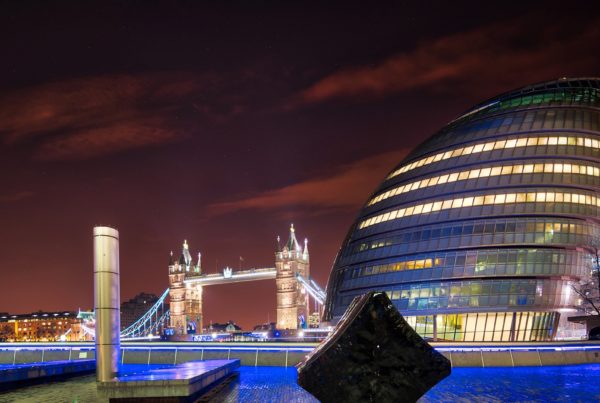